Pete and Repeat were sitting in a boat. Pete fell out. Who was left?

Pete and repeat were sitting in a boat. Pete fell out. Who was left?

Ok. You get the picture. The scenery looked the same allllll daaaaaay lonnnng, and I’m pretty sure the same Schwab Tires semi truck passed me 15 different times……the same Subaru Outback……and the same RV.

Today, we pressed onward through the high desert. Honestly, all of my pictures of the landscape from today look exactly the same….because, well, the scenery didn’t change at all. 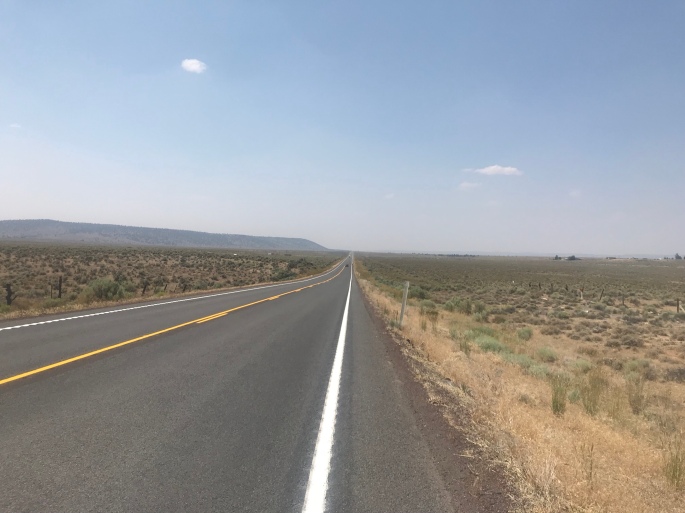 Today, the only stop between Burns and Hampton was a small gas station.

The good part: there was food other than chips that we could actually heat up in the microwave. I got to fill out some post cards, and I got the cutest little Oregon bike magnet (because I’m a nerd and collect magnets). OH! And there were fountain drinks, which means we had ice- lots of ice!!!

The bad part: the gas station was only 23 miles into our 67 mile day. So, after we left the gas station, it was going to be a long ride of nothing. BUT, we are used to it…we just don’t like it. 😬

So, I’m just going to be honest here….as always. I struggled today.

The ride wasn’t even a difficult ride. It was a little toasty, and the wind was in our face all day, but we’ve had much worse. We had some of the typical long, drawn-out hills here and there, as well as a few rollers, but it was flat for a good portion of the day too.

But my body just didn’t want to function today. It’s frustrating when you can’t go as fast as you want because your body just doesn’t let you. It’s hard to even explain. At this point, my legs don’t hurt, and my muscles don’t burn. It’s just an overall fatigued feeling. I was a little sore from my crash yesterday, but I’m always a little sore at this point. 😂

Complaining doesn’t fix it, although Craig listened to me complain a bit today. There’s probably a moment most days he listens to me complain 😂. I mean….I have to get it out of my system so I can push on. 😊

It was really special for Rachel to have written this article, because my dad had one written about his bike trip! 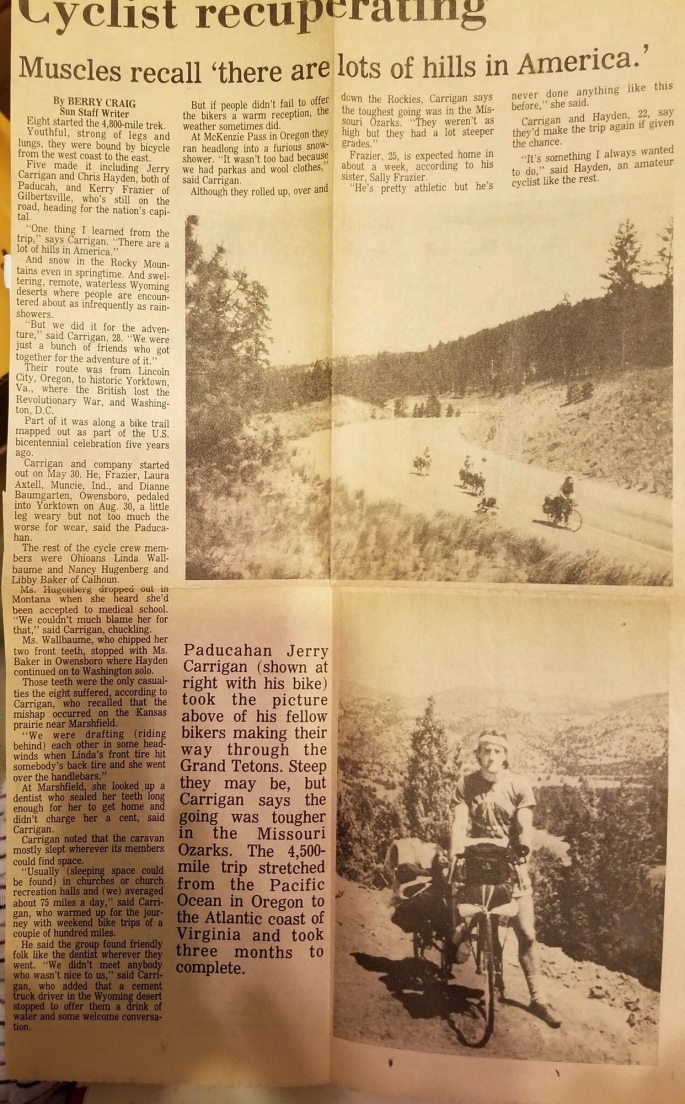 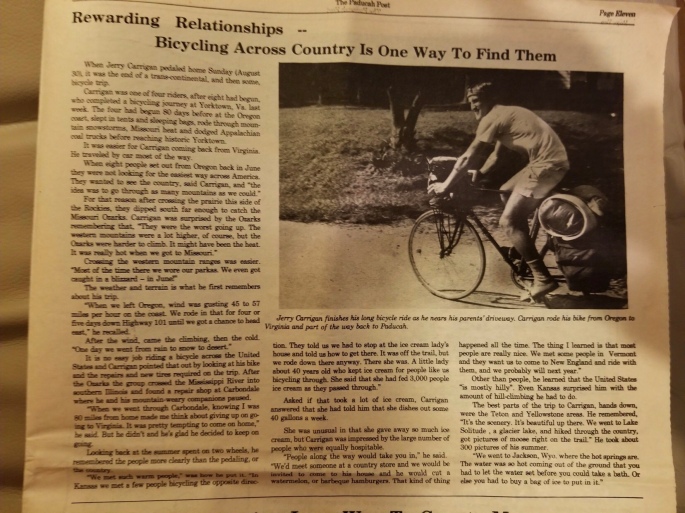 As we pedaled on, I noticed something strange in my mirror. I am constantly checking my mirror, watching traffic to make sure the vehicles are getting over.

But I saw a huge plume of smoke.

About 1/4 of a mile behind me, the field was on fire! A semi truck was pulled over on the side of the road.

What in the world?! I literally just rode by that area 2 minutes ago and now the field is on fire!

I have no clue what happened. It didn’t look like the vehicle was on fire- just the field. Oregon is under the highest fire alert/burn ban there is, so I knew it was really bad that the field was on fire.

I really hope they were able to get it under control, but the nearest towns with fire stations are 60 miles in either direction. 😳

Our destination tonight was Hampton. It’s not even really a town. There is just a cafe amidst the fields of sagebrush. We were banking on the cafe being open; we couldn’t cook our food with the burn ban.

The cafe was closed.

I looked through the window and saw a man sitting at a table, so we went in. It was the owner.

He asked us if we were on bikes, and we said that we were. He told us he would go ahead and cook for us, even if they were closed!!!

Someone else even walked in, and he told them the cafe was closed…….but not for bikers!! 😁 Ok, he didn’t say that last part…but I was thinking it!

He told us he was also a farmer. He grows lots of alfalfa, which is used in hay. Hay is a big deal around here- I can’t tell you how many semis hauling hay pass us each day. He told us that thousands of years ago, there were volcanos in the area, and he explained how there is lots of nitrogen in the soil which apparently is good for growing alfalfa!

Oh, and he also told us that he would make breakfast for us in the morning….and they don’t even serve breakfast! How nice is that?!

He is letting us camp on the front porch of his cafe, and he even left the back door unlocked so we can have access to the restrooms and drinks!

Tomorrow’s plan: contact the Florence bike shop about shipping our bikes, find a bus route going from Florence to Eugene, booking a flight home before the prices continue to rise, all while biking 60+ miles out in the middle of nowhere.